Near the end of the year, the casting manufacturing department of China National Heavy Duty Truck Group Co., Ltd. Hangzhou Engine united with each other and worked together to create a blitz trial of the D08 small-scale flywheel with a unique cohesiveness and work efficiency. They used their actual actions to interpret The spirit of "second pioneering".

On December 8th, 2011, CNHTC Hangfa Casting Manufacturing Department received a production order and quickly organized the trial operation of the D08 engine 2# flywheel (commonly known as the small flywheel). Now that the drawings have been issued, the casting manufacturing department must ensure that before the end of the month. The small flywheel castings are put into storage in a timely manner and delivered on schedule. After the casting manufacturing department received the task, the department leader immediately conducted a simple mobilization. Liu Hongyou, the technical section chief, took the lead in organizing the elite force and quickly launched the â€œsmall flywheelâ€ process design. In response to the discovery of more surface defects in the previous round of large-scale flywheel trial production, the technicians had made great improvements in the process and mold design. 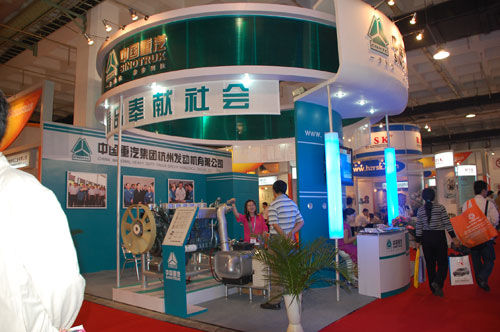 On December 15th, after a careful preparation for the week, the D08 small flywheel mold processing contract was formally signed; after 10 days, Shi Yuanzhang, the process manager in charge of the project, carried forward the spirit of â€œnailsâ€ and urged the mold manufacturers to work overtime to accelerate the whole process. Mold production schedule.

On the morning of December 26th, the D08 small flywheel mold arrived at the factory. After careful and rapid acceptance, the technical department promptly issued a trial notice, the production department adjusted the production plan in a timely manner, and cast a field branch to immediately transfer the production backbone. The first time quickly replaced Molds, technicians and everyone on the spot guidance. In the afternoon of the same day, 20 boxes of D08 small flywheels finished molding and pouring as scheduled.

On December 27th, at the beginning of work, the casting department immediately unpacked the flywheel. After blasting and preliminary inspection, the surface quality of the 20-piece prototype small flywheel was good. The equipment was dissected and the components were processed. The flywheel was released on time in the morning on the 29th, and then Shot blasting, grinding and follow-up, 20 boxes of prototype flywheel blanks were successfully completed.

At noon on the 30th, the Ministry of Quality issued a report on the performance and metallurgy of the castings. The â€œsmall flywheelâ€ met the conditions for storage and was waiting to be delivered. A beautiful D08 small flywheel trial production of "Blitz" took a successful conclusion.

Ensuring the commissioning of MC processing department equipment as scheduled

From the process design, tooling and FMEA analysis at the beginning of 2011 to the kick-off of the crankcase trial in March, the D08 flywheel trials were completed at the end of the year. In 2011, the heavy-duty trucks Hangfa Casting Manufacturing Department worked hard to promote the D08 project. At the forefront, it has experienced dozens of trial productions, fought, and continuous improvement. It is simply based on the existing production conditions and started from scratch, accumulating hundreds of D08 blanks. In spite of this, on December 17th the Ministry of Technology requested that after providing information on 500 sets of D08 crankcases and cylinder head blanks for commissioning equipment of the MC processing department before January 15, the leaders of the casting manufacturing department took a sip Air-conditioning: According to the original plan, in order to cooperate with the installation of D08 special equipment, the production site divisions will stop production on New Year's Day.

After inventory, the leaders of the casting manufacturing department convened an emergency meeting of all the department heads to unify their thinking. In order to ensure the MC cutting department's test cut plan and the overall progress of the D08 project, the production plan was temporarily adjusted, and all personnel were mobilized and arranged within one week before New Year's Day. A trial of the D08 crankcase was conducted again. At the same time, the on-site division and casting inspection personnel were required to work overtime to inventory and rework inventory blanks and clean up and inspect the new blanks. Even at the expense of the New Year holidays, it was necessary to ensure that the rough supply tasks were completed on schedule. . 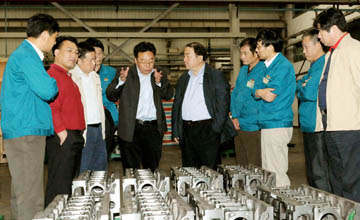 Casting "Iron Army" made another effort and a battle without gun smoke started at the end of the year.

In the main battlefield of the cast-on-the-spot branch, the elite soldiers will see each other through the cores: core making, whole core, core, dip coating, drying and styling. On the other hand, on the spot and on each key process, there are technical and quality teams that are active. They summarize the experience of rounds of trial production, propose and implement various process improvement measures, and strengthen the guidance and control of trial production sites. Working together and fighting side by side, they provided strong technical support for the trial work. In the smelter's melting field division, operators strictly followed D08's production process to mix, melt, tap, and measure the temperature until the leader's attention was focused on pouring the last package of molten iron into the cavity.